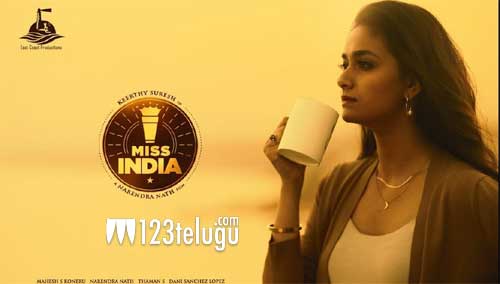 It is already reported that popular digital platform Netflix has acquired the streaming rights of star heroine Keerthy Suresh’s forthcoming film, Miss India. This morning, the promotional trailer of the film was also released and it has been getting a positive feedback from moviegoers.

Meanwhile, the makers revealed that the film is gearing up for a November 4th release on Netflix. Touted as an inspiring drama with a corporate backdrop, the film has been directed by debutant Narendranath.

Also starring Jagapathi Babu and Naveen Chandra, Miss India has been bankrolled by Mahesh Koneru. Thaman is the music composer.