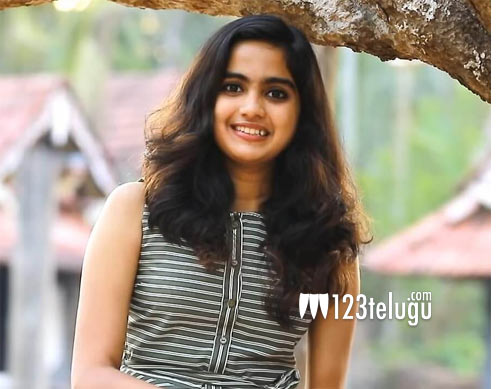 Vaishnav Tej, young hero Sai Dharam Tej’s brother and the latest actor from the Mega family, will be making his acting debut soon. His first film is being produced under Sukumar Writings and Mythri Movie Makers banners. Former assistant of Sukumar, Buchi Babu Sana, is directing the movie.

According to the latest updates, the makers of this as-yet-untitled film have been in talks with young Malayalam beauty Devika Sanjay for the female lead role. Devika had stole everyone’s hearts in the critically acclaimed Malayalam movie, Njan Prakashan, last year. An official announcement is expected soon.