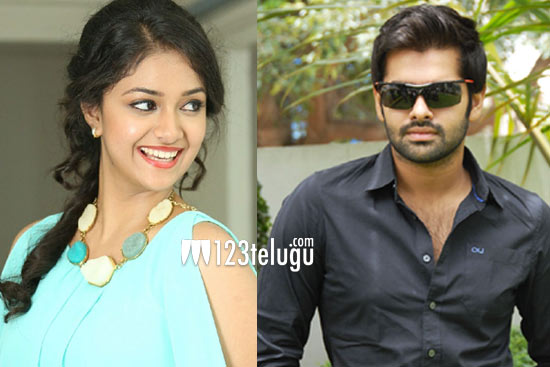 After the likes of Asin, Nayanathara, Amala Paul and Catherine Tresa, yet another Kerala beauty is all set to enthrall Telugu audiences. Keerthi Suresh, the gorgeous Malayali teen beauty, will be seen opposite Energetic Star Ram in his soon to be launched ‘Hari Katha’, in the direction of Kishore Tirumala.

Keerthi first started her career in Malayalam films as a child actress and gained prominence in no time. She then graduated to playing lead roles in several hit films in Malayalam and Tamil languages. Keerthi now has a high budget entertainer with Tamil Cinema’s happening young star, Vikram Prabhu.

‘Hari Katha’ will be launched on 31st March and the film will be produced by ‘Sravanthi’ Ravi Kishore under his Sravanthi Movies banner.