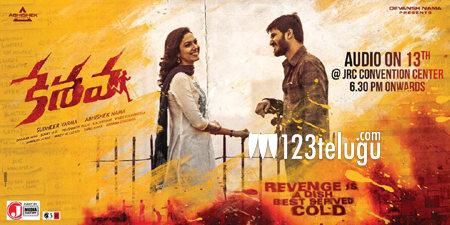 Nikhil’s Keshava is one of the most eagerly awaited movies of this summer season. The film, directed by Sudheer Varma, is an intense revenge drama and it is hitting the screens on May 19.

According to the latest update from the makers, Keshava’s audio album will be unveiled on May 13th at the JRC Convention Center in Hyderabad. Sunny MR is the film’s music director. The recently released single has been received well by music lovers.