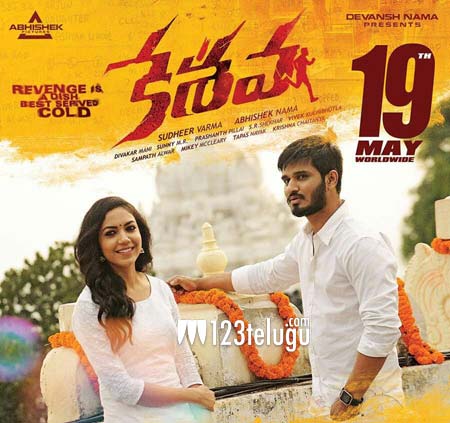 Nikhil’s Keshava opened to some positive word of mouth and has completed the first week of its run. The latest update is that the film has grossed a total of 16 crores gross worldwide.

The young hero’s performance and slick narration have ensured a good talk among the public. Nikhil and his team are touring various cities of Andhra currently and this is also helping the collections a bit.

Abhishek Pictures have produced this film which is a complete revenge drama. Ritu Varma of Pelli Choopulu fame is the heroine. The film is also doing well in the US as the ticket rates have been brought down to eight dollars in several areas.