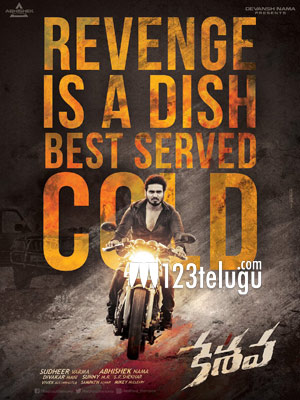 It has been quite a while that we had heard from Nikhil and his new film Keshava. The first look teaser of the film will be released today evening and the same teaser will be attached to all the prints of Katamarayudu which is releasing this Friday.

Directed by Sudheer Varma, Keshava is a revenge thriller which has the hot and happening Ritu Varma as the female lead. Already, the posters have created a good curiosity for the film.

With Nikhil coming up with something different all the time, everyone is quite curious to know what this film will be all about. The film’s run time is only one hour 45 minutes which is a rarity in Telugu films.