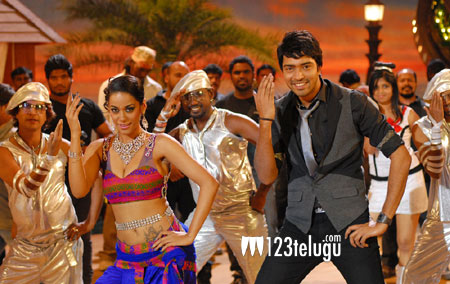 The principal shooting of Allari Naresh, Sharmila Mandre starrer Kevvu Keka is currently progressing in Hyderabad. The latest schedule began recently and a song is being filmed on the lead pair in Golconda Fort. For the next couple of days, the shoot will take place in Ramoji Film City before the film unit takes a quick detour to Bangkok. Devi Prasad is directing the film. He had earlier made Blade Babji with Allari Naresh in lead role and that did quite well at box office. Kevvu Keka is about a guy who always gets into trouble and most part of it has been shot in Thailand. The film will hit the screens in summer this year. Meanwhile, Allari Naresh has almost wrapped up shooting for Anil Sunkara’s Action 3D and it’s expected to release on April 11.