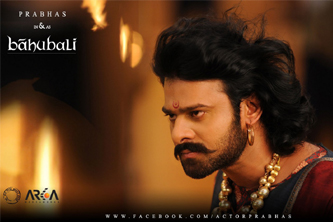 A crucial and very important schedule of ace director S.S. Rajamouli’s ‘Baahubali’ will start this week in Hyderabad. This schedule will be shot at Ramoji Film City, where the film crew has already erected massive sets for the same.

Prabhas, Tamanna and the other top actors of the film have been shooting in rainy and cold weather in Mahabaleshwar since the last couple of days for some important scenes. Tamanna and cinematographer Senthil even posted some pictures from the shoot on their social networking accounts.

Rajamouli is taking this project very prestigiously and he is trying to make this movie on par with Hollywood standards. Rana will be seen as the brother of Prabhas in this big budget drama and Keeravani is composing the music.

‘Baahubali 1’ will release on April 17th 2015 and Arka Media is producing it.