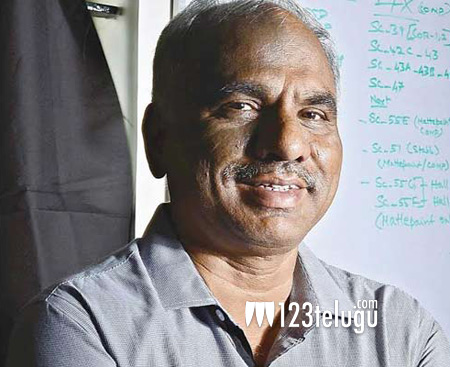 One of the foremost aspects in Baahubali The Beginning that cast a magic spell on the audiences worldwide was the film’s breathtaking visual effects. VFX Supervisor Srinivas Mohan designed top notch visual effects that made the world of Baahubali look grand and world-class. However, the VFX wizard had to quit from working on Baahubali 2.

Apparently, Srinivas Mohan is already committed to work for Shankar’s Robo 2. However, Team Baahubali found yet another brilliant technician in RC Kamalkannan, the man behind Rajamouli’s classics Magadheera and Eega, and roped him in as the VFX Supervisor for Baahubali The Conclusion. It is well known that Kamalkannan earlier won the National Award for Best VFX for Magadheera.

Currently, Team Baahubali is busy prepping up for the upcoming shooting schedule of Baahubali The Conclusion, which will begin in the first week of December.