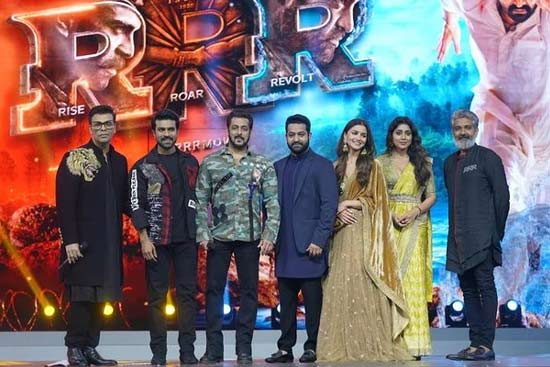 RRR is one film that is going to have a massive release in Hindi as well. As part of the promotions, the Hindi pre-release event was held in a grand manner. Here are the highlights of the event.

1. Fans from Telugu states reached Mumbai in special buses and made the event a huge success. A total of 3000 fans attended the event.

4. The makers spent a whopping nine crores for this event in Mumbai. It will be released as a special program on a TV channel soon.
5. Salman Khan announced his new film Bajrangi Bhaijaan 2 on the same stage.
6. Salman Khan also performed on the stage and his act will be shown as a New year special on December 31st.
7. Rajamouli revealed that a special sequence in the film which will shock everyone in a big way.