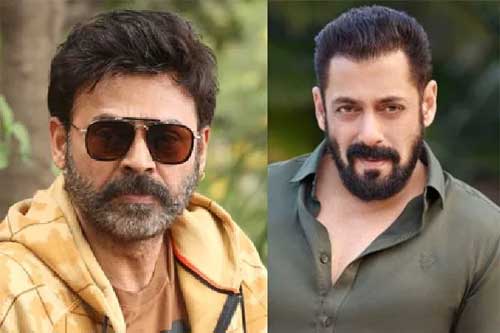 Today Salman Khan took to his Twitter handle to announce that the film’s shoot has been wrapped up. Salman shared a stylish pic in which he looks elegant with long hair and trendy costumes. Victory Venkatesh plays a vital role in this flick, and Megapower Star Ram Charan will be seen in a special cameo.

Pooja Hegde is the leading lady. Olympic medal-winning boxer Vijender Singh and versatile actor Jagapathi Babu are also part of this movie that is directed by Farhad Samji. Salma Khan produces the biggie under the Salman Khan Films banner.