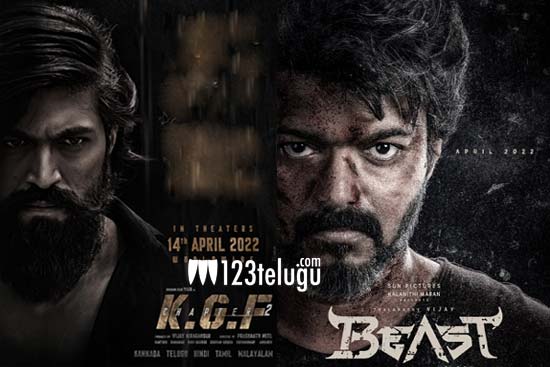 KGF 2 fever is catching up in a big way in all its areas of release. The film has been released to a blockbuster talk in no time and has made the fans super happy.

Now, the latest update is that KGF 2 made 11 crores on day two in Tamil Nadu whereas Beast has made only 7.4 crores. This itself shows how much KGF 2 has been dominating the box office.

The sad part is that several screens of Beast have been given to KGF2 and as it is the weekend, more screens are being added for the Yash film in Tamil Nadu. Prashanth Neel directed KGF 2.