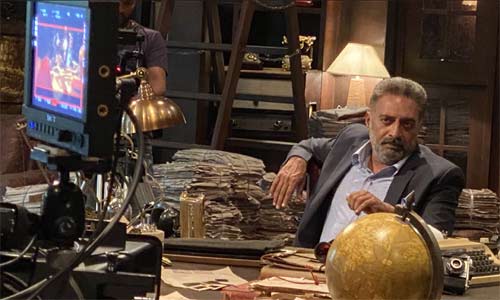 It is a known fact that KGF 2 is nearing its completion soon. The makers are trying hard to complete the shoot and today, the latest news is that the team was back on sets in Bangalore.

None other than Prakash Raj was seen on the sets of the film. The action drama is being made with a limited crew as of now and Prashanth Neel is directing it on a big scale.

Sanjay Dutt, who plays the main villain has fallen sick is yet to complete his part. Now, we need to see how and when will this film be completed. Superstar Yash pays the main lead in this film.