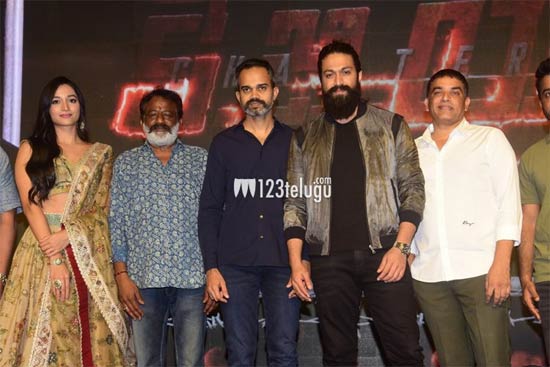 The pre-release event of KGF 2 was held in Hyderabad the other day and it was a gala affair. Speaking at the event, Yash and Prashanth Neel spoke highly of Prabhas, Rajamouli, and Shibu Yarlagadda, the men behind Baahubali 2.

“Prabhas, the director Rajamouli, and producer Shobu Yarlagadda are to be commended for what they did with Baahubali. They opened the pan-India portal that we are all exploring now. Their exemplary work with Baahubali cannot be forgotten,” Yash said.

“Pan-India market was an imaginary prospect before the release of Baahubali. Rajamouli sir made it possible for everyone to access the pan-India market and he showed us the way with Baahubali. He is an inspiration to any Indian filmmaker,” Prashanth Neel said.