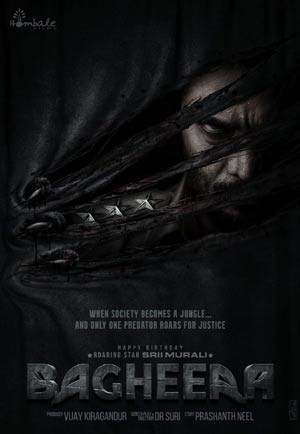 Prashanth Neel and Vijay Kiragandur, the director and producer of the pan-India gangster drama franchise, KGF, today announced a new film. Titled Bagheera, the film will feature noted Sandalwood star Srii Murali will play the main lead in the movie.

Interestingly, Prashanth Neel has penned the script for Bagheera. The film will be directed by Dr Suri. Going by the first look poster, the film is going to be an intense cop action drama. More details about the film’s cast and crew will be out soon.

On the other hand, both Prashanth Neel and Vijay Kiragandur will collaborate once again for Prabhas’ Salaar next year. The project will be going on floors in January next year.