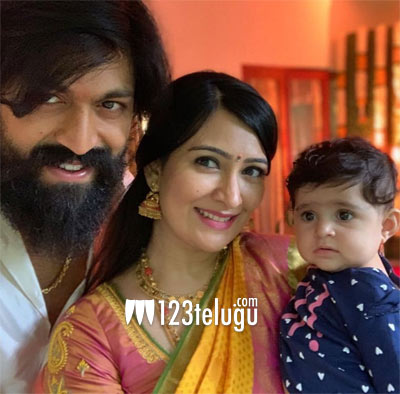 Today is a special day for Sandalwood star Yash. On this day, in 2016, the KGF star got engaged to his wife and popular Kannada actress Radhika Pandit. The couple celebrated this special day along with close friends and family. Radhika shared a video on Insta in which she and Yash were dancing together.

Yash and Radhika tied the knot in December, 2016. The couple has a daughter who was born after KGF’s release. Radhika is currently pregnant with her second child. Yash attained nationwide popularity with KGF Chapter 1. His fans across the country are eagerly waiting for the sequel.

I still dance to your rhythm ♥️ 💍 (Sharing a special video with all our beloved fans on this special day Aug 12th, from my personal gallery!!) #radhikapandit #nimmaRP