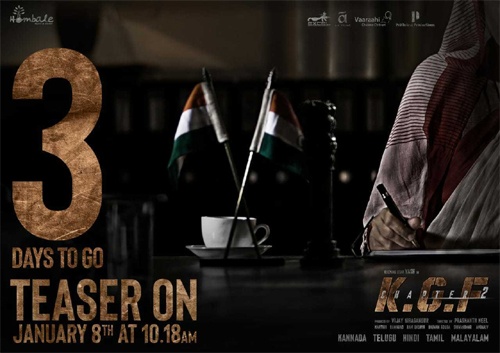 It is a known fact that the teaser of KGF 2 will be out on Jan 8th as Yash’s birthday special. There is a solid craze for this film and one can say that more than the Telugu films, the fans are waiting for this teaser.

Never before any Kannada film to date has managed to create such hype. The first part was received with open arms and Yash became an overnight sensation in Telugu states.

The talk now is that the teaser is filled with mass elevation shots and the manner in which Sanjay Dutt and Yash will be showcased is going to be the highlight of the teaser. Prashanth Neel directs this film which will be out in summer 2021.