Khaali Peeli receives flak for the Beyonce song
Published on Sep 8, 2020 2:02 am IST 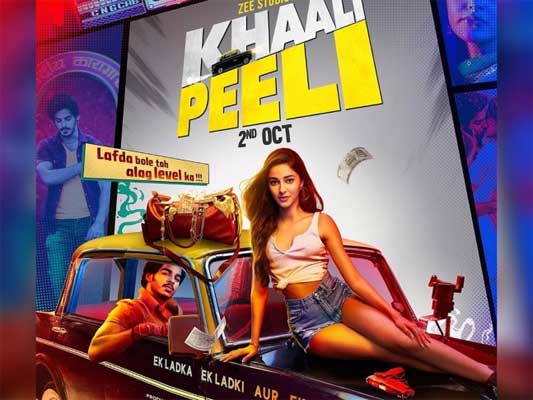 Khaali Peeli, starring Ishaan Khatter and Ananya Pandey, is in the news for all the wrong reasons. Earlier today, when the makers released a song titled Beyonce Sharma Jayeli, little did they expect that it’ll get trolled so much on the internet. Netizens have slammed the makers for the racist stereotypes and maligning Beyonce’s, one of the most popular singers in the world, image in this song.

Meanwhile, the film is slated for release in Zee5 on October 2 as per the latest buzz in Bollywood. Earlier, the producers were said to have been thinking of a theatrical release; however, given the current situation and the lack of clarity about when things might be normal again, they seem to have preferred an OTT release. Maqbool Khan has directed the film.

While Ishaan Khatter was last in news for playing one of the lead roles in Mira Nair’s A Suitable Boy, Ananya Pandey will soon be seen alongside Vijay Deverakonda in Puri Jagannadh’s next.