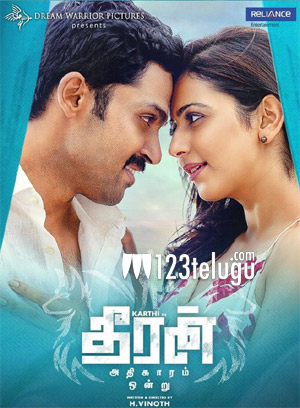 Meanwhile, the latest buzz is that the film’s Tamil version’s censor formalities were completed a while ago with U/A certificate. Touted as an intense cop drama the film is titled as Theeran Adhigaaram Ondru in Tamil and has Rakul Preet as the female lead.

Directed by Vinoth the film is produced under Dream Warrior Pictures banner.