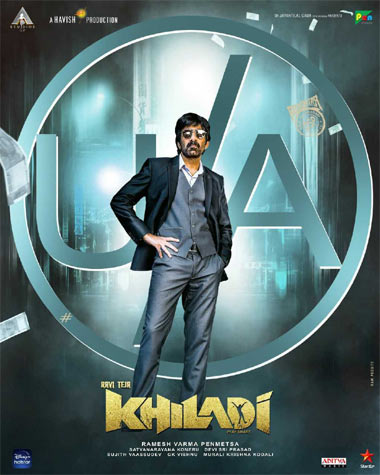 Khiladi is a film that many are waiting for eagerly as it has Mass Maharaja Ravi Teja in a lead role. The film is up for a release on the 11th of this month.

The news now is that the film is done with its censor screening and has obtained an U/A certificate. The censors have liked the film and Ravi Teja’s performance as per the news.

Ramesh Varma has directed this film which has music by DSP. The film is an action drama and has some super hot songs which has given the film a good buzz.