Khiladi producer gifts the most expensive car to the director
Published on Jan 30, 2022 12:00 pm IST 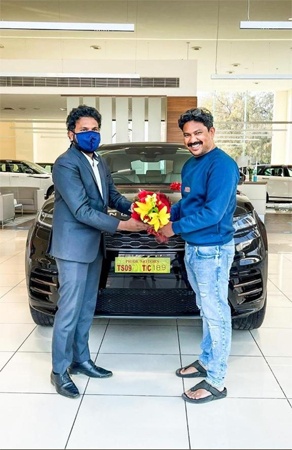 Ravi Teja’s upcoming action entertainer, Khiladi, is one of the most awaited Telugu movies in recent times. The movie’s theatrical and non-theatrical rights have been sold out for a whopping price.

Now, the latest news is that the movie’s producer, Koneru Satyanarayana has been impressed with the output of the action entertainer and gifted a brand new Range Rover VELAR worth 1.15 Crore and presented it to the filmmaker, Ramesh Varma.

Having Dimple Hayathi and Meenakshi Chaudhary as the female leads, the movie also has the veteran actor, Arjun in a crucial role.

Scheduled to release on February 11, 2022, in theaters worldwide, the music of the movie has been composed by Devi Sri Prasad.