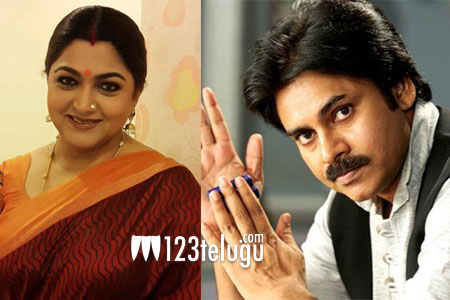 123telugu had already reported that Power Star Pawan Kalyan will be joining hands with ace director Trivikram for his next project after Katamarayudu. The film will be launched soon and latest update reveals that star actress, Khushboo will be doing an important role in the film.

Khushboo was last seen in Chiranjeevi’s Stalin nine years back. S Radhakrishna of Haarika and Hasini creations will be bankrolling this film. Keerthi Suresh is paired opposite Pawan in this family entertainer. Keep watching this space for more details.