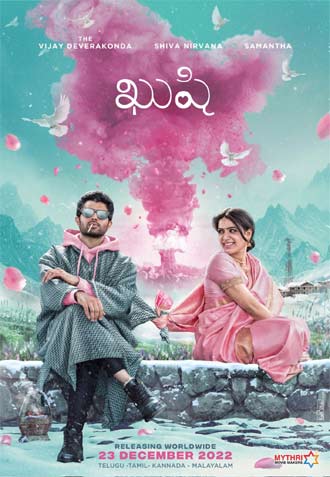 Vijay Devarakonda is doing a film with Samantha and the project has been titled Khushi. The first look was also out today.

Apart from the first look, the title of Khushi has not gone well with some of the hardcore Pawan Kalyan fans on social media.

Strong comments are being made about how Vijay Devarakonda can use such an iconic title of Pawan Kalyan for his film. A small cold war is happening between the fans of Vijay and Pawan Kalyan on Twitter.

In the past too, Pawan Kalyan’s iconic film, Tholi Prema was used for a Varun Tej film and now this has happened. While the title has given the film instant buzz it has also brought trolling as well.