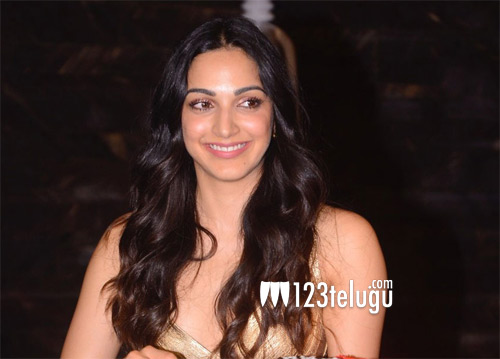 We had recently reported that Ram Charan has been shooting for the past few days in Azerbaijan for his upcoming film in Boyapati Sreenu’s direction. Now, Kiara Advani, the film’s lead actress, has joined the team in Baku, Azerbaijan, and she will reportedly be shooting for a song and a few scenes with Ram Charan in the ongoing schedule.

It is Kiara’s first film with Ram Charan, and after making her debut in Telugu with Mahesh Babu’s Bharat Ane Nenu, the actress became a heartthrob among the youth. Although, she hasn’t signed another film in Telugu, Kiara has become quite busy with ample work in Bollywood. The latest rumour is that she has reportedly been signed up to play the lead role opposite Shahid Kapoor in the Hindi remake of Arjun Reddy.

RC12 is slated for release in early 2019. More details about the film are awaited.