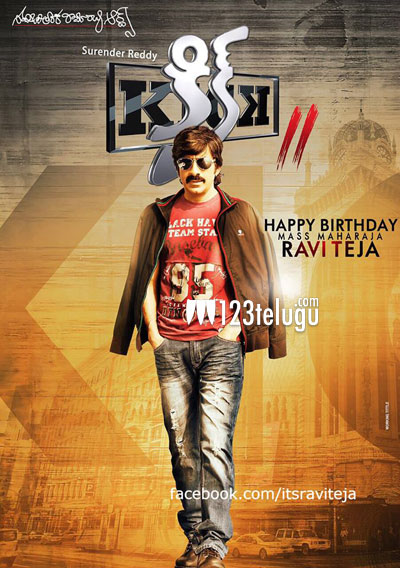 Mass Maharaja Ravi Teja and Surender Reddy had scored a super hit with Kick, and now they are back with its sequel ‘Kick 2’. Latest update is that the shooting of the climax part has been wrapped up recently.

The makers of the film are planning to release the trailer tonight on the eve of Ravi Teja’s birthday tomorrow (Jan 26). Kick 2 is being produced by Nandamuri Kalyan Ram on NTR Arts banner and S.S Thaman scores music. Gorgeous actress Rakul Preet Singh will be seen as the female lead.