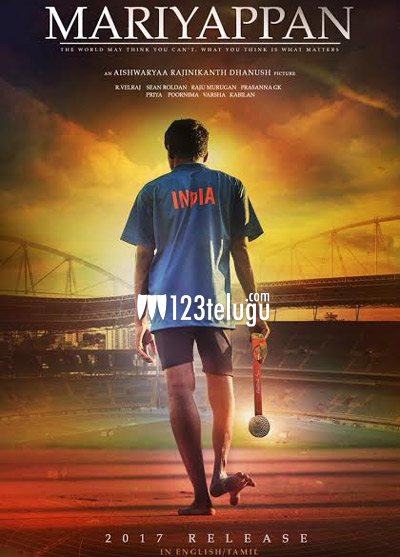 Mariyappan is inspired by the true story of Mariyappan Thangavelu who represented India in the 2016 Paralympic games and won a gold medal for the nation in the men’s high jump category.

Bollywood King khan Sharukhan unveiled the first look poster of this movie through his official twitter handle and conveyed his best wishes to Aishwarya Dhanush for handling this inspiring biopic.