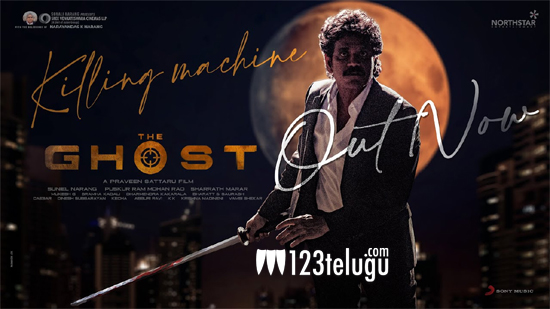 King Nagarjuna is in good form after scoring a hit in the form of Bangarraju. He will be next seen in the action thriller The Ghost directed by Praveen Sattaru of Garuda Vega and Guntur Talkies fame.

Today, the makers dropped a small glimpse from the movie. The visuals are breathtaking with Nagarjuna fighting a bunch of people with a sword in his hand.

The actor looks so stylish and handsome. He plays an Interpol officer in this flick. The makers at the end of the video announced that the film will hit the screens worldwide on October 5th.