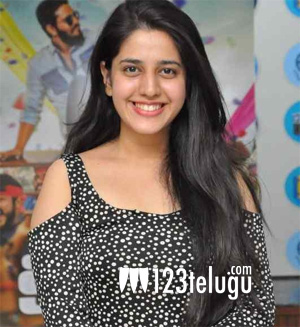 Simran Pareenja, who’ll soon be making her debut with Kiraak Party, has already signed her next Telugu film. The actress is all set to team up with Naga Shaurya as per the latest buzz in the industry. Srinivas Chakravarthy is going to direct the film.

Although Simran hasn’t signed the film yet, she has already met the makers of the film and buzz is that Srinivas is quite pleased with the look test. More details about this film are awaited.

Meanwhile, Simran will be seen as Nikhil’s love interest in Kiraak Party. The film, which is a remake of a blockbuster Kannada film Kirrik Party, is slated for release on March 16.