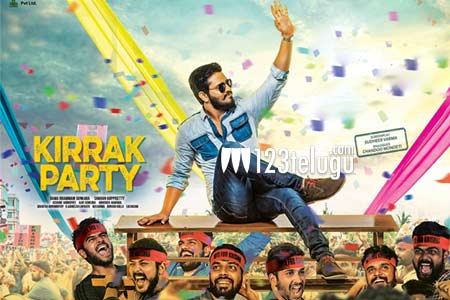 Nikhil Siddhartha has already started promoting his latest film, Kirrak Party all over. The latest we hear is that the makers have decided to release the film on the 16th of March.

Initially, the film was supposed to release on the 22nd but the makers have preponed it by a week. Nikhil will be seen as a college student in this film which is the remake of the super hit Kannada film Kirik Party.

A K Entertainments produce this film which has Simran Pareenja and Samyuktha Hegde as the female leads. Debutant Sharan Koppisetty has directed the movie.