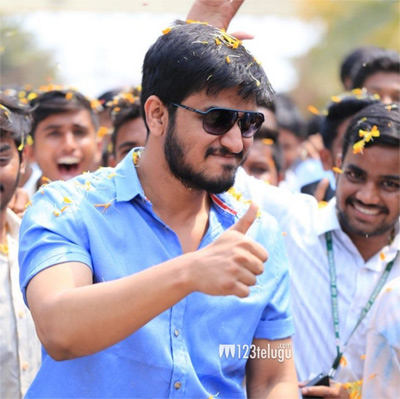 Even after a week of its release, Nikhil is in no mood to rest as he is promoting his film Kirrak Party on a huge scale. He is touring all the cities in both AP and Hyderabad.

This has surely helped the film which is doing fairly well with the younger generation. With the exam season coming to an end, the film is expected to pick up even more in the second week.

Meanwhile, the grand success meet of the film will be held in Vizag tomorrow evening. Kirrak Party is the official remake of the Kannada hit Kirik Party.