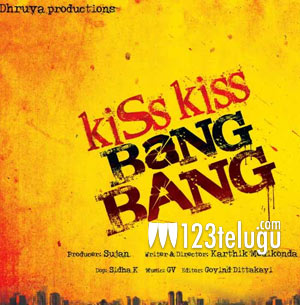 Very often, Tollywood churns out some very interesting films and one of them coming up is Kiss Kiss Bang Bang. The trailer for the film has been released recently and the first impression we get is that the film is an interesting crime thriller.

The trailer has hard-hitting dialogues and showcases the lead hero in all sorts of problems relating to a murder. Written and directed by Karthick Medikonda, this film is being produced by Sujan.

The makers have planned to release the film on the 14th of this month. Watch out this space for more details on this film.