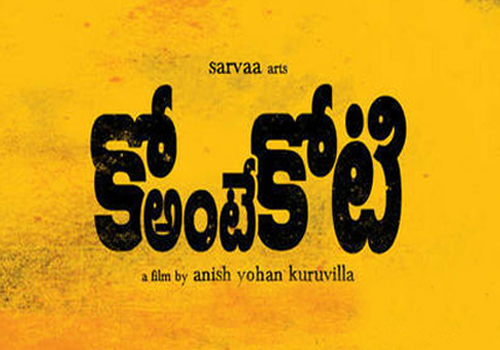 The first look of Sharwanand’s upcoming film Ko Ante Koti has received tremendous response. Particularly, the opening dialogue in the teaser, ‘Brathakali Ante Balupu Kavali, adhi naa daggara chaala undhi’ has caught public’s attention. The background score and cinematography in the teaser has also impressed movie buffs and the consensus is that it’s seems to be a promising film. Ko Ante Koti also stars Srihari in an important role and Priya Anand is playing Sharwanand’s love interest. Currently, the film’s shooting is going on in Rajahmundry and this schedule is expected to be wrapped up in few days. Talking about the film, Priya Anand said, “This is one of the best teams I have worked with and it’s going to be a very very special role in my career. I am not allowed to divulge more details, but Anish and Sharwanand are going to surprise everyone.” Anish Kuruvilla is directing the film and Sharwanand is producing the film on his own on Sarvaa Arts banner. More details about rest of the cast and crew will be announced soon.