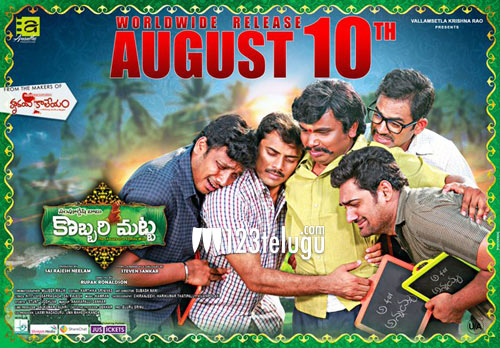 Looks like the problems are continuing for Kobbari Matta as the film has been postponed once again now. The latest we hear is that the film which was slated for an August 2nd release will be out on the 10th of August.

The film needs to click at any cost as the film’s success will give much hope to Sampoo’s dying career. The teasers of the film have caught on quite well as of now.

Directed by Rupak Ronaldson, this film is a satirical comedy which will showcase Sampoo in a hilarious role.