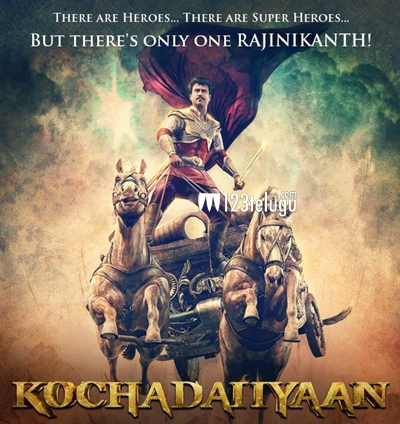 The Rajinikanth starrer ‘Kochadaiyaan’ is India’s first motion capture photo-realistic 3D animation film. The film that released globally last Friday is getting a good response from every center. ‘Kochadaiyaan’ was released in 6 different languages in almost 3000 theaters across the globe has already collected 42 crores in its first weekend.

While the film collected 30 crores in India, the remaining 12 crores were collected from the overseas markets. Even though this is not a usual Rajinikanth film, he proved his prowess once-again at the box office by getting even his animated film to earn good collections. Seeing these collections, trade experts are predicting that it would cross the mark of 100 crores in the first week.