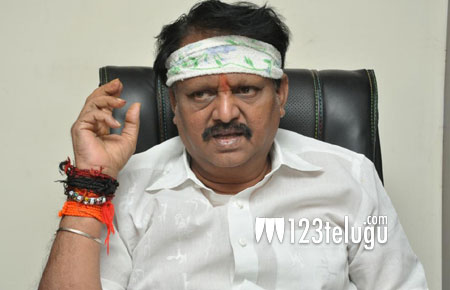 Senior director Kodi Ramakrishna, who is known for his graphical wonders like Ammoru and Arundhati etc, is coming up with one more visual wonder titled Nagabharanam. The film is getting released worldwide on october14th.

In his latest promotional interview, Kodi Ramakrishna said that the movie was made with a budget of about 40cr and that graphics play prominent role in the movie’s narrative. The director was happy with the way Makuta team has executed the VFX.

Speaking about the recreation of the legendary Kannada actor Vishnuvardhan’s graphical image, the directed excitedly said that audiences will be thrilled seeing Vishnuvardhan on-screen for about 15 minutes.

Nagabharanam has been made in Kannada and is dubbed in Telugu. Noted producer Malkapuram Shiva Kumar is releasing the movie in around 600 screens.