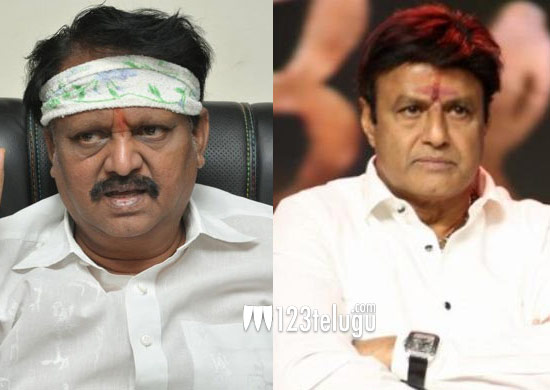 The entire Telugu film fraternity is mourning the death of veteran director Kodi Ramakrishna. His last rites will be performed at the Mahaprasthanam burial ground in Hyderabad at 12 pm tomorrow. Several Tollywood celebrities are expressing their grief on the passing away of one of the most popular Telugu filmmakers.

Hero Balakrishna, who had delivered numerous blockbusters with Kodi Ramakrishna in the past, is deeply pained over his favorite director’s death. “Kodi Ramakrishna’s demise will be an irreplaceable loss to Tollywood. He had directed over 100 movies and he was one of the best directors Tollywood ever had. Only he could effortlessly pull off emotional dramas and magnum opuses loaded with trendy VFX,” said Balakrishna.

Balakrishna and Kodi Ramakrishna together gave notable blockbusters such as Mangamma Gari Manavadu, Muddula Mavayya, Muddula Menalludu and Muvva Gopaludu to name a few. “I extend my condolences to Kodi Ramakrishna’s family. May his soul rest in peace,” the actor said.