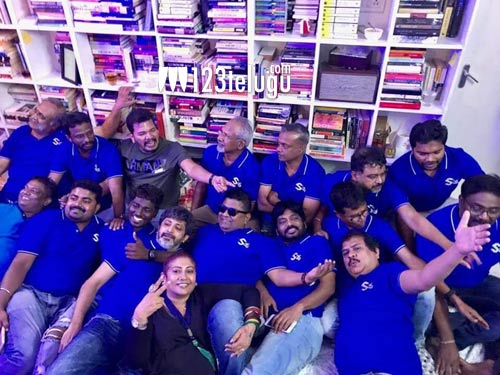 Seen in this rare photo moment are some of the legendary and popular Tamil film directors, including Shankar and Mani Ratnam. In this joyous get-together organized by director Mysskin, the directors fraternity celebrated Shankar’s silver jubilee in films.

Shankar had made his directorial debut with the blockbuster social drama, Gentleman, in 1993. There has been no looking back for this star director since then as he went on to direct numerous blockbusters and continues to.remain one of India’s sought after directors.
Attachments area