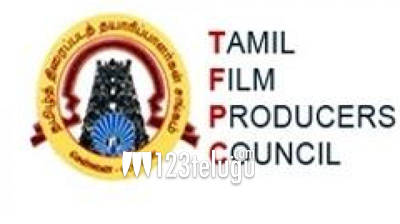 It’s well-known that the JAC of all the four South Indian film producer’s councils declared a theater strike across South India from March 2. The strike was part of the protest against the exorbitant Virtual Print Fee (VPF) being charged by the Digital Service Providers (DSPs).

However, the Telugu Film Producer’s Council had called off the strike after the DSPs offered a nominal decrease in the VPF. The screenings began across Andhra Pradesh and Telangana on March 9. On the other hand, the Tamil, Malayalam and Kannada film industries continued to remain shut as the respective producer’s councils were not happy with the DSPs’ offer.

Today, Vishal, popular actor and President of Tamil Film Producer’s Council, issued an official statement, saying that no Tamil film screenings and shootings will take place from March 16. The strike is to “enhance and improve the wealth and life of all the producers”, the statement read.

Below are the demands of the Tamil Film Producer’s Council (to the DSPs & Tamil Nadu state government):

* No producer will pay any VPF to the DSPs from now on.

* Flexible ticket pricing should be incorporated depending on a film’s star value and other factors. Each film should have a different ticket price.

* Charges levied on online ticketing must be reduced and all the theaters across the state must follow the Computerized Ticket Booking system.

* Exorbitant production costs during the shooting of a film must be regulated.