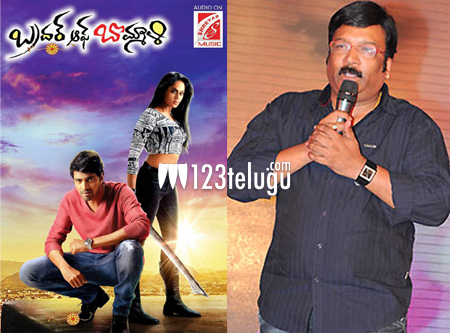 Allari Naresh’s ‘Brother of Bommali’, is gearing up for a huge release on Nov 7th. From the recently released trailers, it is evident that ace comedian Brahmanandham is named as Kona Venkat in the film. To avoid any post release complaints, the censor board has asked the filmmakers to get a No Objection Certificate (NOC) from popular dialogue writer Kona Venkat for using his name. According to the sources close to the unit, the director of the film organized a special show for Kona. He was impressed with Brahmanandham’s character and immediately issued a NOC for using his name.

Monal Gajjar is playing the female lead in this comedy entertainer while Karthika plays a crucial role of Naresh’s twin sister. This laugh riot is directed by B. Chinni who earlier directed ‘Veedu Theda’.