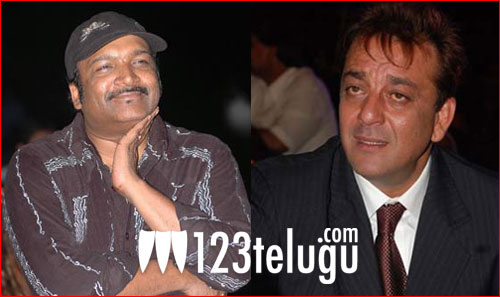 Kona Venkat seems to be slowly but steadily making inroads in Bollywood. He’s probably the first Telugu writer in recent years who has bagged back to back projects in Bollywood. He’s currently writing scripts for the Hindi version of Dhee, No Entry-2, Sherkhan. The latest news is that he’s going to pen a new script for Sanjay Dutt. Apparently, Sanjay Dutt was quite impressed with the way he had written the script for the Hindi version of Dhee, where Sanjay Dutt is reprising Srihari’s role and he asked Kona Venkat to write a script for a new film. Sanjay Dutt is going to play the lead role in the film and Kona Venkat has stated that it’ll be like Dabangg for Sanjay Dutt and the actor’s wife Manyata is going to produce the film.