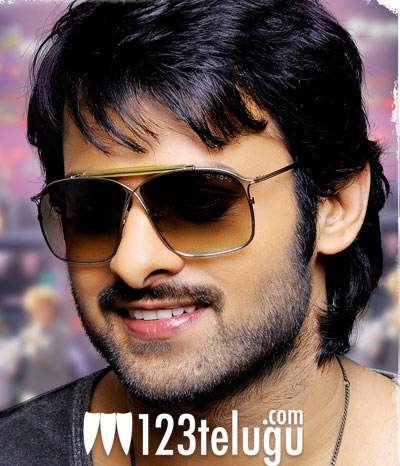 Prabhas’ latest film Mirchi is doing phenomenally well at box office and it’s expected to be the biggest hit of his career so far. A success meet was held earlier today to celebrate the film’s success and Prabhas, Anushka, Richa Gangopadhyay, Koratala Siva, Vamshi, Dil Raju, A S Prakash and Ramjogayya Sastry graced the event. Talking about the film, Dil Raju said, “The film got a superhit talk right from the morning show and it’s doing extremely well in Nizam region where we distributed the film. Incidentally, the producers of this film, Vamshi and Pramod, began their career in films as distributors with my production Arya and now I am distributing their film.”

Koratala Siva thanked Prabhas and the producers for their faith in him and said, “Usually, any producer would want to opt for a big director while making a film with a star like Prabhas, but both Prabhas and the producers were clear that they want a good script first. I got a fantastic team for the film and I would like to thank each and everyone of them for their support.” Anushka and Richa praised the producers for making the entire team quite comfortable on the sets and also added that they would love to work with them again.

Prabhas praised Koratala Shiva’s direction style and said, “Koratala Siva is a multi-talented director and he can handle almost every subject very well. One of my favourite scenes in the film is a scene where my character feels jealous when Vennela talks to another guy in the office, just before Idhedho Baagundhe song. I would like to request Koratala Siva to consider me if he wants to make a romantic entertainer. Richa played a good role in the film. It’s not easy to play a subdued role, but she pulled it off pretty well. Anushka is an absolute pleasure to work with and whenever she comes to the sets, she makes everyone around feel very comfortable. My friends Vamshi and Pramod spent a lot more on the film than what its budget was and I am responsible for it. But they were quite clear that they wanted their production to be quite lavish and more than money, they wanted to make a good name for themselves. I am sure they’ll go places in future. I also thank cinematographer Madhie, music director Devi Sri Prasad, editor Chanti, art director A S Prakash, lyricist Ram Jogaiah Sastry and designer Bhaskar for their fabulous job in the film.”