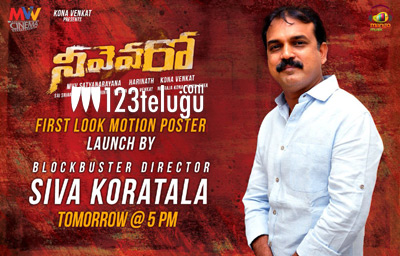 Siva Koratala will be releasing Neevevaro’s motion poster at 5 pm tomorrow. The film is being directed by Hari Nath, who had earlier directed Lovers. Popular writer Kona Venkat has penned the dialogues for the movie, apart from co-producing it under Kona Film Corporation banner in association with MVV Cinemas.