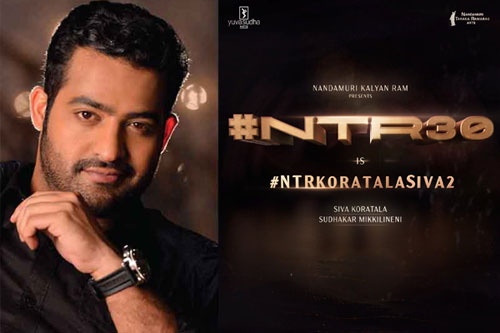 Koratala Siva scored the first flop in his career with Acharya. The star director is focused on NTR30 now and he has reportedly started the pre-production for the film.

Siva recently revealed that NTR30 will be a proper mass film and this is the biggest script he had written in his career till now.

The latest we hear is that NTR30 will offer a mass overdose to fans. The film will be loaded with enough commercial highs to drive NTR’s fans crazy.

Also, Siva is said to have decided to follow the commercial template this time around. There will be no social message aspect, like Siva’s films usually have.