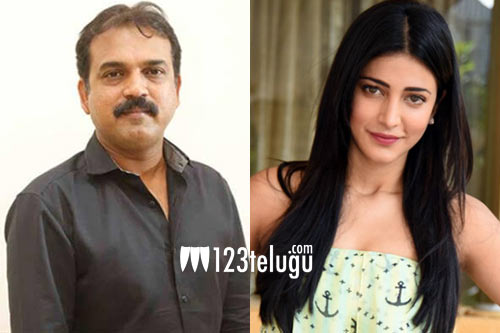 Koratala Shiva is eagerly waiting in the wings to start Chiranjeevi’s new film. As the megastar is busy giving finishing touches to his latest film, Sye Raa, Shiva is busy casting for the film.

The latest we hear is that he is in talks with Shruthi Haasan to play one of the key roles in the film. Talks are on but nothing has been confirmed as of yet.

Shruthi Haasan has been lying low with not many films but Koratala wants her to rope her in as he has worked with her in Srimanthudu earlier.