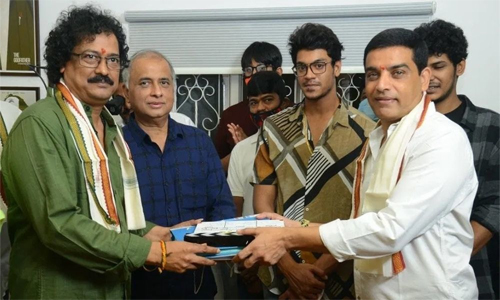 Until recently, the film’s shooting was underway in Amalapuram. The unit has now moved to Vizag to can some crucial scenes on the lead actors. The entire shoot, except for one song, will be wrapped up with the ongoing schedule.

Young beauties Riddhi Kumar and Megha Choudhary are the leading ladies in this MLV Satyanarayana production.