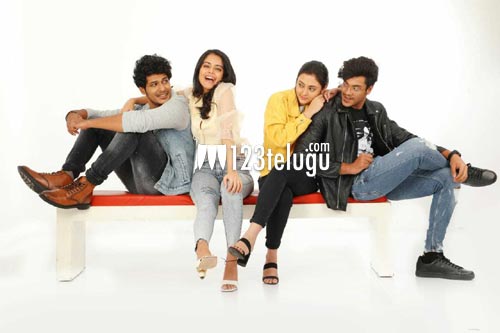 It is a known fact that the sons of Sri Hari and director Satish Vegensa are doing a film together. Titled Kothi Kommachi, the youthful entertainer, directed by Sathish Vegesna commenced its shoot in Amalapuram on Monday.

Riddhi Kumar and Megha Chowdhury play the lead roles in the film being produced by M L V Sathyanarayana (Satthibabu) under Lakshya Productions.

Several sequences featuring the lead actors, veteran actors Rajendra Prasad, Naresh will be shot in the vicinity of Amalapuram for a couple of weeks is the news.