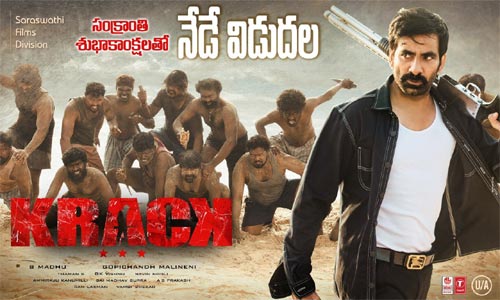 Ravi Teja fans, who have been eagerly waiting for Krack’s grand gala release with high hopes, have been left heartbroken with the unexpected delay in the film’s release this morning. While the morning and noon shows are cancelled, there is a hope that Krack’s FDFS will take place with the evening shows.

Meanwhile, the latest buzz in film circles reveals that even Ravi Teja himself is furious over the delay in Krack’s release. He is said to have vented out his angst on the concerned parties for not handling the financial matters well ahead of the film’s release. As of now, all eyes are on the evening shows.