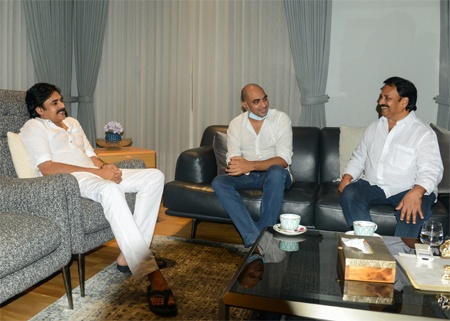 Directed by Krish, who has carved a niche for himself in making period films, the epic movie starring Pawan Kalyan in the lead role will depict the life of legendary warrior Veera Mallu.

Krish and producer A M Ratnam met Pawan Kalyan recently during which it was decided to commence the shoot of Hari Hara Veera Mallu once works related to the actor’s current project Bheemla Nayak are over.

The film is being made on a grand budget. Main scenes, songs and action scenes will be shot on grand sets. It is to be noted that around 50 per cent of shoot is already over.

Produced by A Dayakar Rao on Mega Surya Production banner, the movie will be presented by A M Ratnam in Telugu, Tamil, Hindi, Malayalam and Kannada. Plans are on to release it in 29 April, 2022.