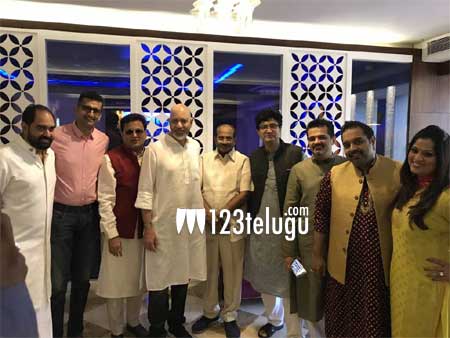 After the super success of Gautamiputra Satakarni, Krish is gearing up to make yet another period drama and this time, he has chosen to do a biopic on the life of Jhansi Rani Laxmbai.

The film titled Manikarnika stars Kangana Ranaut as Rani Laxmibai and it was launched earlier today in Varanasi. Baahubali writer Vijayendra Prasad has penned a powerful script for the film.

Shankar Ehsaan Loy will be scoring the music. More details about the film are awaited.