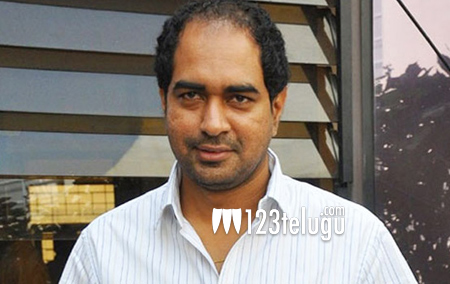 Director Krish is presently busy with a historical film “Manikarnika” with Bollywood actress Kangana Ranaut playing the title role. The film which is based on the life of Rani Laxmibai of Jhansi is fast progressing with its shoot.

Even before wrapping up his ongoing project, Krish has begun pre-production works for his next directorial. Saibabu Jagarlamudi and Rajeev Reddy will jointly produce the high budget movie.

The production unit has registered a classy and traditional title “Aham Brahmasmi” for the film. Director Krish is in talks to rope in a star hero to play lead role in the film.

Aham Brahmasmi is going to be a commercial movie with high technical values. Other cast and crew details will be announced soon.